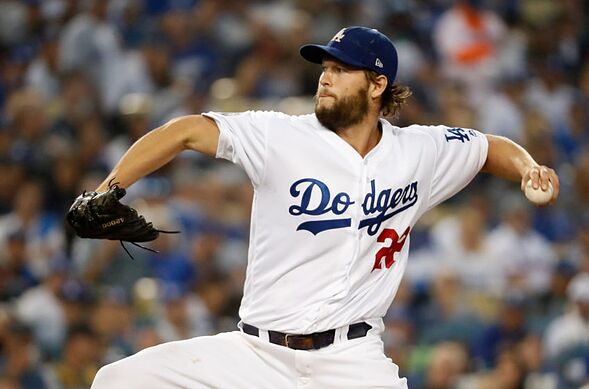 The trailer for Avengers: Endgame dropped on Friday morning and has the entire world buzzing. With the massive hype, we had to connect it to Los Angeles Sports somehow.

The entire world has been waiting for the first trailer to Avengers: Endgame after the spectacle that was Avengers: Infinity War. Being a big fan of the Marvel Cinematic Universe myself, I had to find a way to connect it to Los Angeles Sports.

Thus, the perfect idea dawned on me. Here is each Avenger, if it was a Los Angeles Sports athlete, going in order of appearance in the MCU.

Iron man was one of the hardest Avengers to figure out as there really is nothing quite like him. Tony Stark was the first Avenger to grace the big screen in the MCU and has been the focal point of the entire franchise.

That dynamic is what makes Clayton Kershaw a great fit. Kershaw was the first piece of this current group of Dodgers and was even a part of the team’s 2008/2009 NLCS runs. He is the center of the Dodgers, he is aging and he is ready to turn the team over to the new breed in the coming years *cough Walker Buehler*.

Nick Fury is not really a superhero but Magic Johnson is no longer a Los Angeles sports athlete, so it all works out.

We are starting this list with two straight Dodger players but there is nobody better for the Hulk than Yasiel Puig. We considered using Aaron Donald for this one, however, Puig is the better fit.

Puig is 240 pounds of pure muscle and has had the tendency to “hulk out” at times on the field and do outlandish things. From licking his bat to throwing runners out to even flipping off Indian fans, Puig definitely has his green moments.

Black Widow made her first appearance in the MCU in the second Iron Man movie, which was the third installment of the franchise.

There is no better choice for the MCU’s first female Avenger than arguably the greatest women’s basketball player of all-time, Candace Parker. Parker has been a staple of the Sparks with one ring, one Finals MVP and two MVPs under her belt.

I wanted to find someone that looked like Thor and Jonathan Quick is not that guy. However, he does play on the Los Angeles Kings and Thor’s father, Odin, is a King after all.

Quick has been a key component of the Kings since 2007 protects the net like Thor protects all of Asgard.

John Gibson does kind of look like Loki but it is not a perfect match. However, the Ducks goalkeeper does not get as much attention as Quick does not have the same Kings connection, just like Loki not being Odin’s biological son.

Hawkeye and Philip Rivers don’t have a ton in common besides their dad haircuts and both have pinpoint precision, although Hawkeye has Rivers beat. Heck, if Hawkeye had as many kids as Rivers he still would have four kids to take care of after Thanos’ snap.

There really is no better choice for Captain America in the Los Angeles Sports scene than Mike Trout. Trout is the consensus best player in the league, has stat lines that are similar to those posted during the 30s and 40s and has an image that is as clean as a whistle.

Oh, let’s not forget that he is also freakishly athletic and as strong as a bull.

LA Kings Claim Nikita Scherbak Off Waivers
Wags and Walks: Saving One Dog at a Time