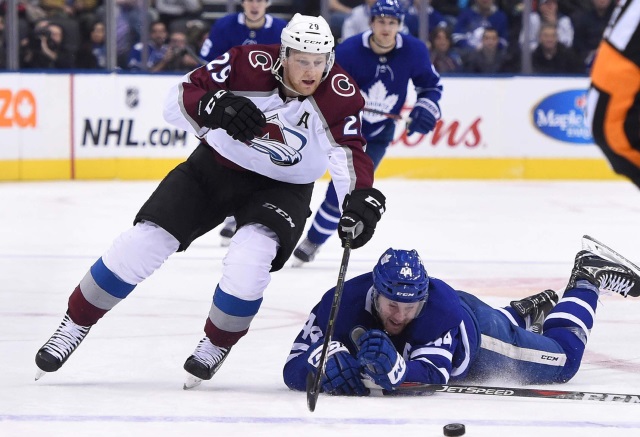 OEL out with a knee injury

Craig Morgan: Arizona Coyotes GM John Chayka said that defenseman Oliver Ekman-Larsson is day-to-day with a lower-body injury. They will re-evaluate him after the break.

To have or not to have an MRI

John Shannon: (5:54 PM ET) Colorado Avalanche forward Nathan MacKinnon was to have an MRI on his foot, putting his All-Star game appearance in jeopardy.

Adrian Dater: (10:08 PM ET) Have been told that there is no MRI scheduled for MacKinnon. He tweaked his left foot but it doesn’t look like it requires an MRI.

Jon Rosen: Los Angeles Kings forward Trevor Lewis was back skating this week. He had fractured his foot during a morning skate back on November 16th.

Curtis Pashelka of The Mercury News: The San Jose Sharks announced that defenseman Erik Karlsson will take part in the All-Star skills competition and the 3-on-3 tournament.

He had missed the past three games with a lower-body injury.

“It’s in San Jose. It’s for this organization, this city, this community and this fan base, and I’m looking forward to that,” Karlsson said when asked why it was important for him to be a part of the event  “I want to do my part for this weekend to give them back something.”