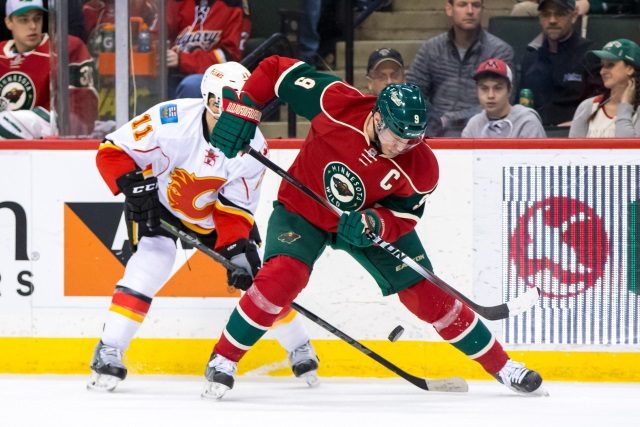 Anaheim Ducks: Ducks Coach Randy Carlyle said that forward Rickard Rakell missed last night’s game with a tweaked ankle. There is no timetable for his return.

Hutton has an upper-body injury

“It was sort of formed the last three or four days,” Housley said this afternoon inside KeyBank Center. “During the game, it just stiffened up, his upper body. So we’re just being precautious with it.”

Stone recovering … Backlund out this weekend

Pat Steinberg: Calgary Flames defenseman Michael Stone skated by himself before practice yesterday. He is recovering from a blood clot in his arm.

John Shannon: Flames forward Mikael Backlund will be out this weekend, missing games against the Predators and Oilers.

Jon Rosen: Los Angeles Kings forward Carl Hagelin is still a ways away from returning according to coach Willie Desjardins. There is no plan yet for Hagelin to start skating.

Sarah McLellan of the Star Tribune: Minnesota Wild forward Mikko Koivu returned to Minnesota to have his lower-body injury looked at by team doctors.

He suffered the injury on a knee-on-knee hit from Calgary Flames Mark Giordano, who was given a two-game suspension for the incident.

Predators could be getting someone back soon

Paul Skrbina of The Tennessean: Nashville Predators forward Filip Forsberg is expected to be out for the next three to five weeks with an upper-body injury.

The Predators are also without Viktor Arvidsson, P.K. Subban and Kyle Turris. GM David Poile was on 102.5 FM and said they weren’t ruling out one or two of their four injured players returning during their road trip.

Subban could be one of those players. He’s missed the past 11 games.

Arvidsson went on the IR November 12th with a broken thumb and was expected to be out for six to eight weeks.

Simon to the IR

Stastny back on the ice

Scott Billeck: The Winnipeg Jets have put Andrew Copp on the IR.

Scott Billeck: The Jets have activated defensemen Dustin Byfuglien and Dmitri Kulikov from the IR.