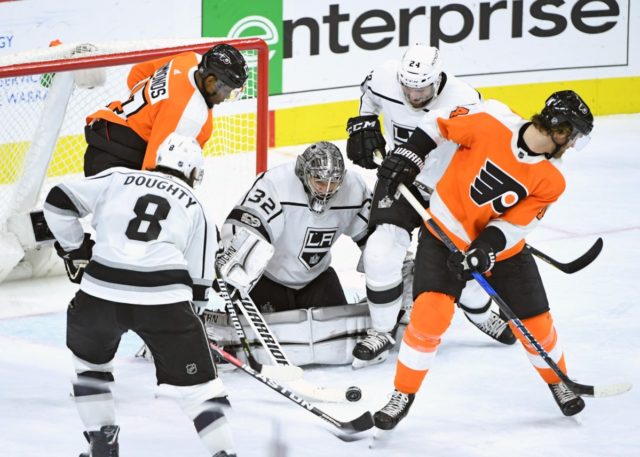 The Flyers have spoken to the Kings about Quick

Josh Beneteau of Sportsnet: Nick Kypreos on Headlines has said that the Philadelphia Flyers have spoken with the Los Angeles Kings about goaltender Jonathan Quick. Quick has four years left on his deal at a $5.8 million salary cap hit.

“There is some link between Jonathan Quick and the L.A. Kings and the Flyers,” Kypreos said. “I don’t think they’re in contract talks but we believe there’s been a conversation. In saying that, I wouldn’t be surprised if those links start heating up in the new year.”

Source added that “he’s got lots left” with Simmons noting that he’d be the perfect addition for the Toronto Maple Leafs blueline.

Mark Spector of Sportsnet: The Edmonton Oilers don’t have much salary cap room. They only have two lines that can score and more offensive depth is needed.

“We’re leaning on people pretty heavy, and other people have to seize opportunities. You’re right — we’ve got to get more,” Hitchcock said. He’s trying to “get more people to try to help. Unless it changes, it’s looking a lot like we don’t have enough support… for our group. We’re going to end up running on fumes if we don’t.”

Ken Hitchcock realizes this they need more and that they can’t rely on the same players to do everything.

“Rather than relying on the same people every night to do everything, I’m trying to get people connected. We’re going to have to figure out who’s helping and who’s hurting, for us get to another level,” he said.

“We can’t keep doing it the same way over and over. It’s not going to work.”