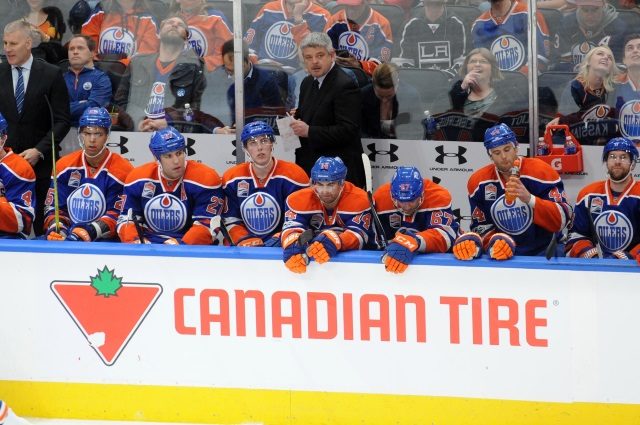 “Some NHL teams are inquiring about Joel Quenneville and Todd McLellan,” Kypreos said during the Headlines segment of Hockey Night in Canada Saturday. “I do know that you need permission to talk to these guys from their respective clubs – Chicago and Edmonton – but you can gauge interest indirectly through a third-party, and we believe that’s what’s happened with both of these guys in some capacity.”

Kypreos believes that there might have been some talk between the Edmonton Oilers and Quenneville before they hired Ken Hitchcock.

Continuing, Kypreos says that he’s starting to hear some LA Kings and McLellan talk. If the Kings feel like they’ve found the right guy, they could replace interim coach Willie Desjardins at any time.

Kings not going after McLellan

Lisa Dillman: Checked with a source about the Kings reported interest in coach McLellan and was told “No.”

SI: St. Louis Blues GM Doug Armstrong will be creating a large list of candidates for the eventual hire of a permanent heading coach.

Armstrong added that it’s unlikely they’ll hire a new coach in-season, but it is possible.