NJ Devils keep ‘wilting’ and other takeaways from California trip 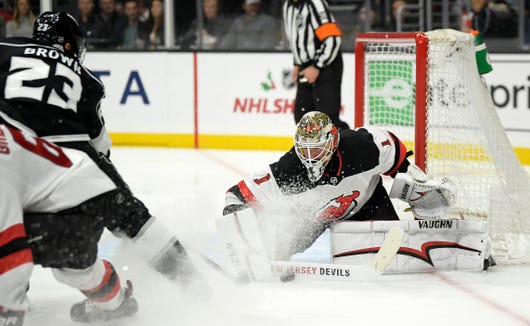 SAN JOSE, California — A few years ago, hockey’s West Coast swing was often referred to as the “Bermuda Triangle” trip or “Death Valley.” The Los Angeles Kings, Anaheim Ducks and San Jose Sharks were among the best, not only in the west but in the league itself.

The timezone, weather and entertainment options meant teams would come in looking like one version and come out looking like another.

But times have changed in the Western Conference, and the trip isn’t what it used to be. The Devils used their three-game California swing to gain confidence in some areas and earn some much-needed points, though not as many as they had hoped to come away with. They went 1-1-1, defeating the Kings, losing in a shootout to the Ducks, and dropping the Golden State finale 5-2 to the Sharks on Monday night.

The frustrating part is the Devils couldn’t sustain any success. They made too many small mistakes that added up to bigger mistakes of the game-changing variety.

Here are three things we learned about the Devils in California: 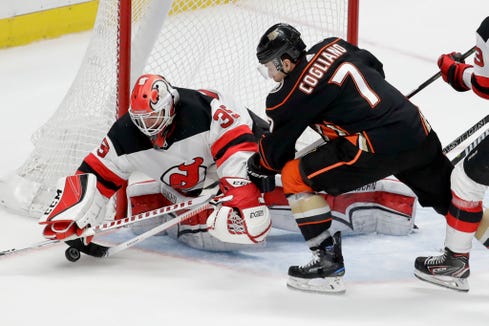 Just when the Devils thought they’d be able to string together a point streak, they let a bad 10 minutes derail them in San Jose. They kept the Sharks in their own end for the first 10 minutes of the game and outshot them 7-0. New Jersey went up 1-0 on a fluky shot by Drew Stafford but then suddenly the ice tilted, and the Sharks were up 2-1 by the end of the period.

“We came out really well but it’s been the same thing we’ve had throughout the season,” captain Andy Greene said. “We have really good spurts and then all of the sudden one thing and two things happen and we wilt. I don’t know why. I don’t understand it. That’s something we need to fix and fix very fast.”

It’s not that resiliency is an issue. The Devils showed it one night prior in Anaheim when they came back from scoring three times into their own net to tie the game and send it to overtime.

The problem is the resiliency isn’t showing up on a nightly basis. 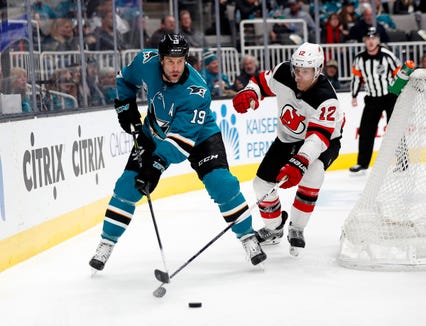 All three west coast games were characterized by wild momentum swings. Coach John Hynes wants to see more effective puck management in the neutral zone in order to combat this.

“When you look at what it is and what we’re going to continue to work with these guys on is understanding that when there’s no time and space and the other team has numbers on defense, the puck needs to be put behind them,” Hynes said. “That’s how you can maintain your momentum.” 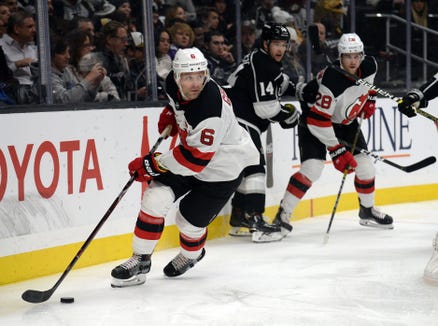 This trip saw the Devils going to the net and being rewarded. Greene’s goal against San Jose was a rebound he cleaned up from right in front. Marcus Johansson’s game-tying goal in Anaheim was a 6-on-5 goal from nearly the same spot.

“We’re getting to the hard areas on the ice,” Hynes said. “We’ve had opportunities for tip goals, rebound goals and ones where it’s difficult to defend the net area. That’s how you have to score.”

Some optimism: Why Devils think they trended up during California swing

Download our app and get alerts for breaking news, scores, analysis and more. iPhone app | Android app | Find us on Twitter